So, I grew tired of going trough all of my external harddisks to find whatever I’m looking for. Prébuild solutions are expensive, use obsolete technology and are limited in capabilities. That’s why I came up with my own build.

It’s not my goal to get the cheapest, but the most expandable solution, both in storage as in ways of functions. 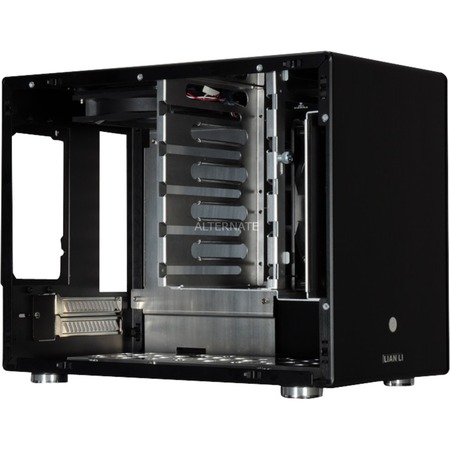 This is what I came up with:

At first, I was thinking of setting up a softraid 5 configuration.
But then I found out about ZFS for linux.  So I might try this first.

I’m going to think this over a few times. Will check out other disks, other raid-solutions, an SSD as ZFS Cache etc…
The cool thing is, later, whenever I have a good TV, I can just cram some tv card in there, so I won’t even need to stream all content over the network 🙂

Sounds good? Leave your comments below 🙂

Ok the internet is a copy machine. And I’m here to expand it…
First, the dutch version followed by  the english translation.

A man is flying in a hot air balloon and realizes he is lost. He reduces height and spots a man down below. He lowers the balloon further and shouts: “Excuse me, can you help me?” I promised my friend I would meet him somewhere, half an hour ago, but I don’t know where I am.”
The man below says: “Yes, you’re in a hot air balloon, hovering 30 feet above this field. You are located between the 40°N and 42°N and between the 58°W and 60°W.”
You must be a SysAdmin” says the balloonist.
“I am” replies the man. “How did you know.”
“Well,” says the balloonist, “everything you have told me is technically correct, but it’s no use to me. I’m still lost.”
The man below says “you must be in management.”
“I am” replies the balloonist, “but how did you know?”
“Well,” says the man, “you don’t know where you are, or where you’re going. You made a promise you din’t know how to meet, but you expect me to fix it. You’re in the same position you were before we met, but now it’s my fault.”

I was pointed to this gem by wonko. So my copy cam from this copy.

This friday-evening there will be a frackfest at the whitespace.
Don’t know what a frackfest is? That’s a good reason to be there!
Also, we have the coolest, pure HTML5, invitation thanks to the awesome @sandb
Go check it out (with your HTML5 capable browser), and turn on your sound:

This is exactly how all their customers out there feel about NVIDIA and their support for the wonderful Linux destop.

Have you seen the “Juice Rap News” already? If no, you’ve been missing out. Well, almost weekend, and this is a website you all should know about:

And here’s on of the best beers around: Did you notice… April Fool’s Day has passed by.
As usual, jokes were ranging from buttard-lame to über-fluffy-rainbow-unicorn mighty.

A lot from Google’s jokes this year were great, but they’re all expected and bringing no surprise at all.
I think the one below was the most funny one from them.

My all-round favorite from 2012 goes out to the IBM Linux kerel developers.
They announced a new patch that would rock your socks off…
From this patch on, Linux would no longer need a CPU.
To be honest… for a second I went: What? Crazy… but then it did hit me… in the face!

Read all about it in this article at Phronix

If this is the first time you’ve read or heard about the ‘Pirate Party’, then you’ve missed out on some great international news.
So, time to get to the Wikiboats and loot yourself some knowledge!
The Pirate Party is a political party founded in Sweden by Rickard Falkvinge in 2006 and has been founded in at least 40 countries ever since.
The red line throughout their program’s are support for civil rights, direct democracy and participation, reform of copyright and patent law, free sharing of knowledge (Open Content), data privacy, transparency, freedom of information, free education and universal healthcare.
Above that, it’s the only political party that has spread over country-borders.
Check out the Pirate Party International if you want to learn more about that.

Are you living in Belgium, and want to find out if there is a Crew around, find out at the main Pirateparty Belgium Wiki, or start your own 😉 Testing the new WordPress Android app and the cameraquality after I flashed another ROM on my Samsung i9100.
So far, all is looking rather good.